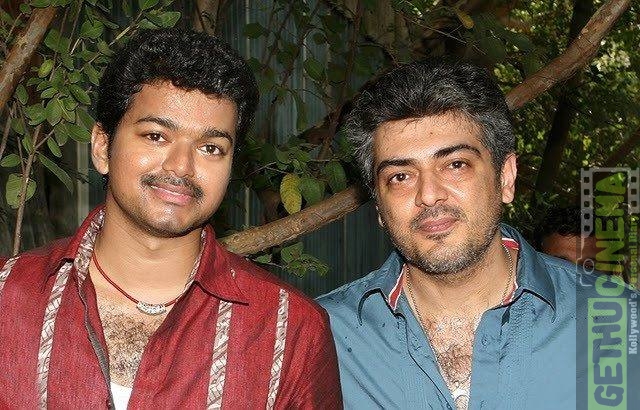 After Rajini and Kamal, Ajith and Vijay have become the box office rulers of the current generation actors in Tamil Film Industry. Both Ajith and Vijay have become the go to actors of the producers thanks to their box office records and their fanbase. The fan base of both the actors are getting increased day by day thanks to their interesting filmography.

Though they might be competitive rivals on screen they seem to share a cordial friendship offscreen. Recently we got the information about the salary of these two actors for their recent films.

Ajith who is currently summing up his final schedule for Vivegam is said to have signed the movie for a salary of 25 Crores. Vivegam is getting completed in a brisk pace under Siruthai Siva’s direction. The director had two movies Veeram and Vedhalam earlier with the actor Ajith Kumar both of which turned out to be super hit movies.

Ilayathalapathy Vijay is getting ready to finish his first schedule for the movie Vijay 61 which is being directed by Atlee of Theri fame. If sources close to the actor are to be believed, the actor has said to have signed the movie for a salary of 25 Crores.

23 Crores was the salary for the movie Bairavaa which was released earlier this year. Bairavaa was funded by Vijaya Productions under Bharathan’s direction.

The biggest movie of the industry last year would be undoubtedly Kabali by Superstar Rajinikanth under the direction of Pa.Ranjith. It is said that Superstar’s approximate salary for that particular movie would be 40 Crores.