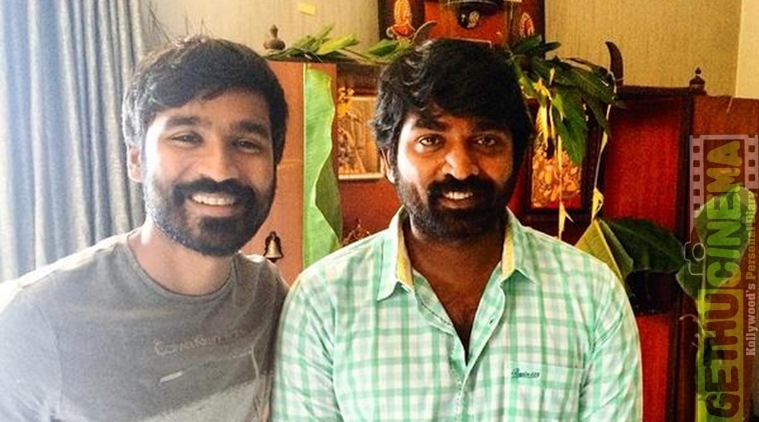 Clearing the rumours around Vada Chennai, director Vetri Maaran confirmed that Vijay Sethupathi has not walked out of the project and he will be joining the crew in its next schedule.

Vetri Maaran who is known for his movies like Polladhavan, Aadukalam and Visaranai is shooting for Vada Chennai now. Touted to be gangster flick the movie has Dhanush in the lead. The movie is being planned to be shot as a trilogy has completed its first schedule recently.

The upcoming schedules of the movie which are expected to begin very soon will have Vijay Sethupathi on board to play a very important character said the director. Apart from Vijay Sethupathi and Amala Paul, Daniel Balaji and Samuthirakani are expected to play pivotal roles in the movie. Kishore who is a regular in Vetri Maaran’s movies will be seen in an important role in the movie.

Apart from Vada Chennai, Dhanush has got his directorial debut Power Paandi lined up for release and Ennai Nokki Paayum Thotta with Gautham Menon is also nearing completion.

Actor Vijay Sethupathi has got Vikram Vedha, Karuppan and Aneedhi Kadhaigal up for release this year.