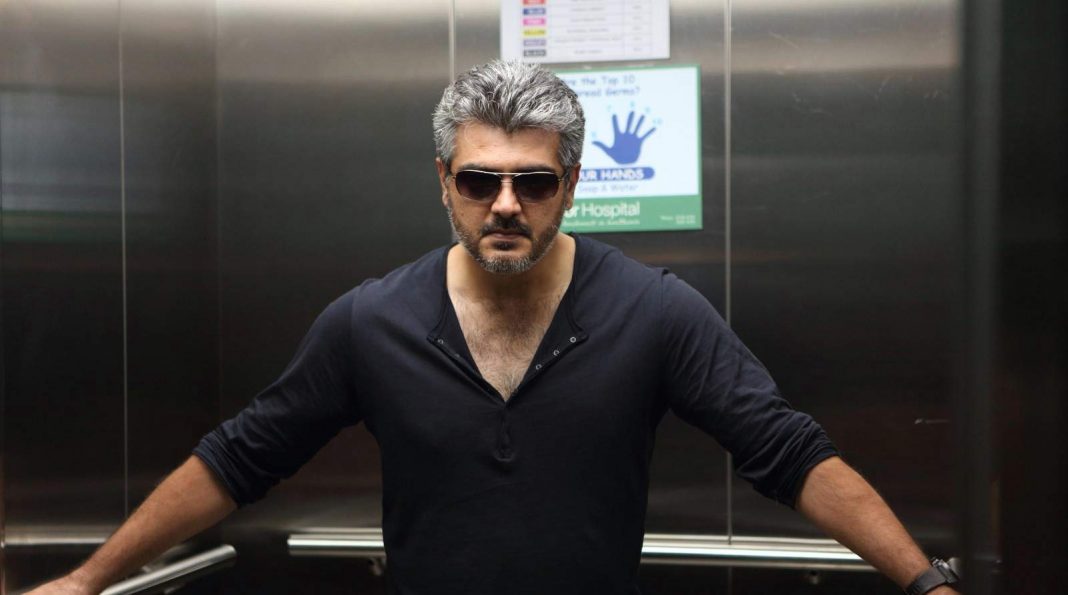 Without any teasers or trailers, the buzz around Ajith Kumar’s Vivegam is nothing like any previous Ajith movie has witnessed so far. The crew of Thala 57 recently released the first look of the movie which had the actor sporting a chiseled body.

Ajith Kumar is said to play an Interpol officer in the movie and major portions of the movie are canned in European countries. Recently the director released a couple of pictures from the shooting spot. One of which was a candid picture of the actor right after what seems to be an intense action scene. The actor was seen covered in blood and mud throughout his body and he was seen wearing torn clothes.

These pictures sent the fans into a frenzy since it assured them that a great action movie is in the making. Vivegam is the third project for director Siva with actor Ajith Kumar. The previous two movies Veeram and Vedhalam were blockbusters. Considering the success combo and the hype that is built around the movie, the makers have decided to set the base rate of distribution rights in the state to be at 50 Crores onwards.

This is a big move for an Ajith movie and the decision has come as both shock and surprise to the trade analysts in the industry.

Apart from Ajith Kumar, Bollywood actor Vivek Oberoi is playing the antagonist in the movie. Kajal Agarwal is the female lead in the movie. Akshara Haasan is also signed for an important character in the movie.