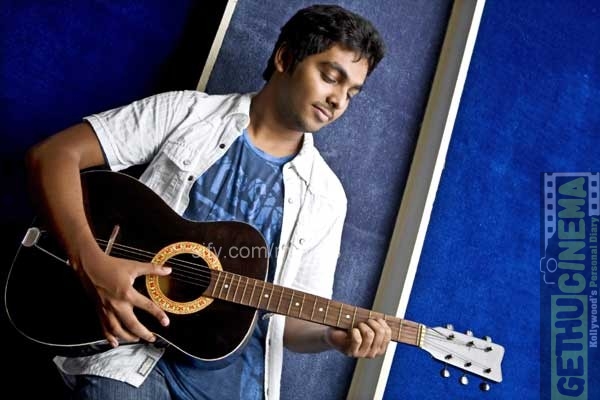 Music director turned actor G.V.Prakash has got a number of movies where he plays the lead under different stages of production. It is learnt from the sources close to the actor that his signing spree to act in the movies has cost him some movies that he was supposed to compose music. One such movie is Vada Chennai under Vetri Maaran’s direction.

It seems that Prakash had worked as a music director for Vada Chennai for some time during its initial stages of production and has also composed a song for the same. Now that he has been replaced G.V. Prakash has decided to use the song for one of his upcoming movies.

If sources are to be believed the music director has used the song for the movie Sema, in which he is playing a rural boy under Pandiraj’s production. Vallikanth the director of Sema is a former associate of ace director Pandiraj who is also producing the movie under his ‘Pasanga Productions ’ banner.

Actress Arthana Binu who has acted earlier in Malayalam and Telugu films is debuting in Tamil industry with ‘Sema’. The story which is touted to be based on a real life incident will be happening in and around Trichy. G.V.Prakash will be playing the role of a Village Boy for the first time in this movie which is to be shot around a village near Trichy.