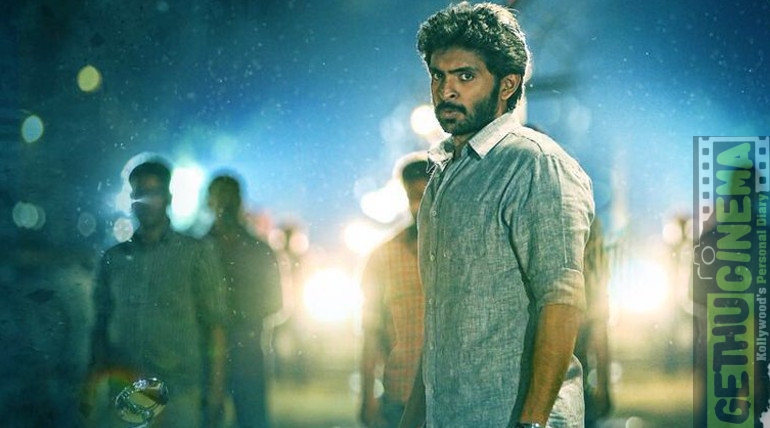 Directed by S.R.Prabhakaran of Sundarapandian fame, Sathriyan has found a release date. The movie has Vikram Prabhu and Manjima Mohan playing the lead roles. Taking the title of 1990’s super hit Vijayakanth’s film, the director says the movie will not have any references to the cult classic.

He further said that the story of Sathriayn is based on a true incident that happened in Trichy some years ago. Yuvan Shankar Raja has composed music for the movie. The songs from the movie and trailer which was released a few weeks ago have managed to create quite a buzz among the fans.

Vikram Prabhu plays the role of Guna in the film while Manjima will be playing the role of a common girl from Trichy. The director who is confident about the output of the movie says that the action sequences and the background music for the movie will be much talked about after the release.

The movie that was scheduled for a release in the month of May was later called off due to the announcement of the strike from the producer’s council of Tamil Films. Now that the bandh is called off due to certain reasons, the makers of the movie have locked 9th of June as the release date.

Sathya Jyothi Films who are funding Sathriyan are also the producers of the Ajith Kumar’s upcoming movie Vivegam. The teaser of Vivegam which got released a couple of weeks ago on YouTube became a huge rage among the fans of the actor Ajith Kumar. A source close to the makers says that the Vivegam teaser is being planned to release along with the movie Sathriyan in the theatres.