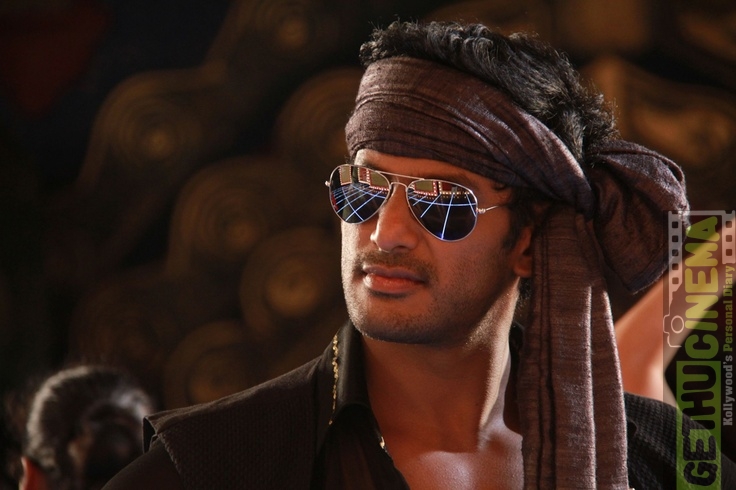 Vishal who is currently wrapping up his upcoming Thupparivalan and Irumbuththirai is all set to begin production for Sandakozhi 2 by the month of July. The actor will be joining hands with director Lingusamy to make the sequel to the 2005 super hit which had Meera Jasmin playing the female lead opposite Vishal. The project that should have been on the floors a long time ago has been in the pre-production for quite some time now.

Talking about the movie the director said the movie will have Rajkiran playing an important role in the movie. Keerthy Suresh has been signed to play the female lead while Varalaxmi Sarathkumar is said to play a vital role in the movie. Cinematographer Sakthi of Simbu’s Vaalu fame is signed to handle the camera for the ambitious flick.

The director is currently on a hunt for locations. The crew is on a hunt for actors to play important supporting roles in the movie. Varalaxmi Sarathkumar has earlier teamed up with Vishal for his movie MadhaGaja Raja which is yet to release. Sandakozhi 2 will be the first movie for Keerthy Suresh to team up with actor Vishal.

Director Lingusamy will take care of the works of the Allu Arjun’s debut movie in Tamil after the completion of production works of Sandakozhi 2. Vishal’s Thupparivalan by director Mysskin is aimed for August release, while IrumbuThirai with director Mithran will have a September release. The team is expected to release Irumbu Thirai on 28th of September which coincides with the actor’s birthday.