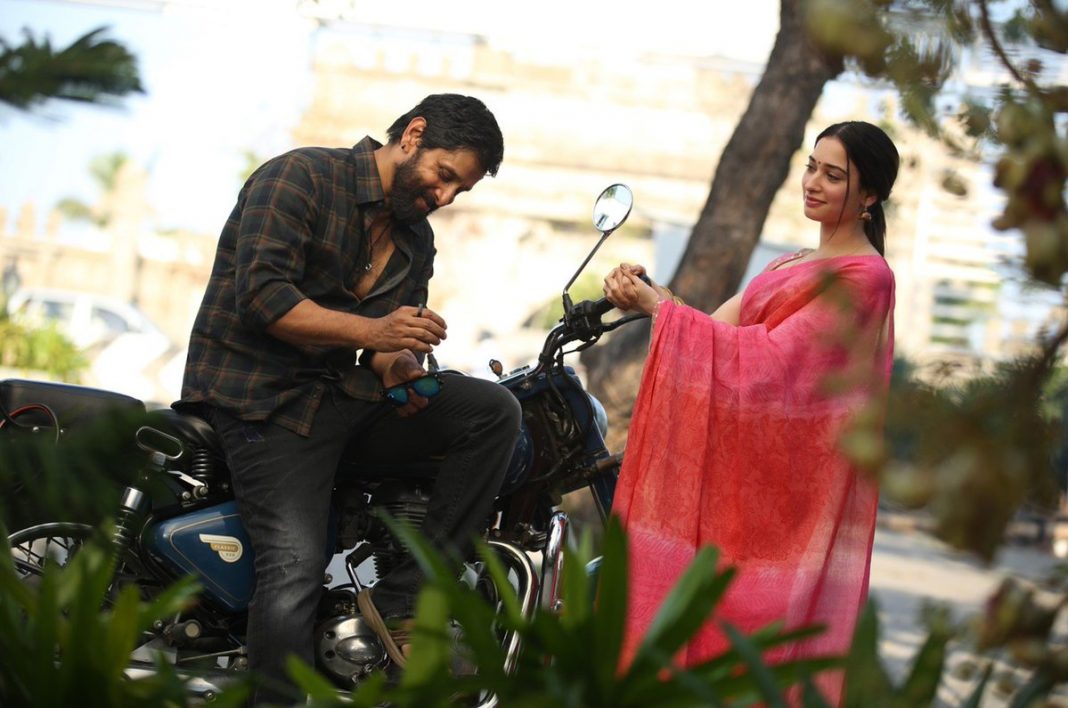 Director Vijay Chander has updated that 85 percentage of his upcoming movie with Vikram is complete and also stated that the makers are targeting a September release for the movie. Titled as Sketch, the movie stars Tamannah in the female lead opposite Vikram. The movie has also got Soori and Sriman in the supporting roles.

Vikram who has been alternating his schedules with Dhruva Natchathiram and Sketch team now feels that Sketch would see the light of the day much before the release of Dhruva Natchathiram. Set in the backdrop of North Chennai Thaman is composing tunes for the movie while Sukumar is cranking the camera. Malayalam actor Baburaj is said to play an important role in the movie.

Now that most of the shoot is over, the team is planning to make up a large set in Chennai to shoot a song. Vikram is said to play a small time gangster in the movie and is seen sporting a rugged look with a beard.

When asked if Baburaj who has been signed for an important role is the villain of the movie, the director said that the cast list includes a number of senior actors and he is finding it difficult to pin point any one of them as the antagonist in the movie.