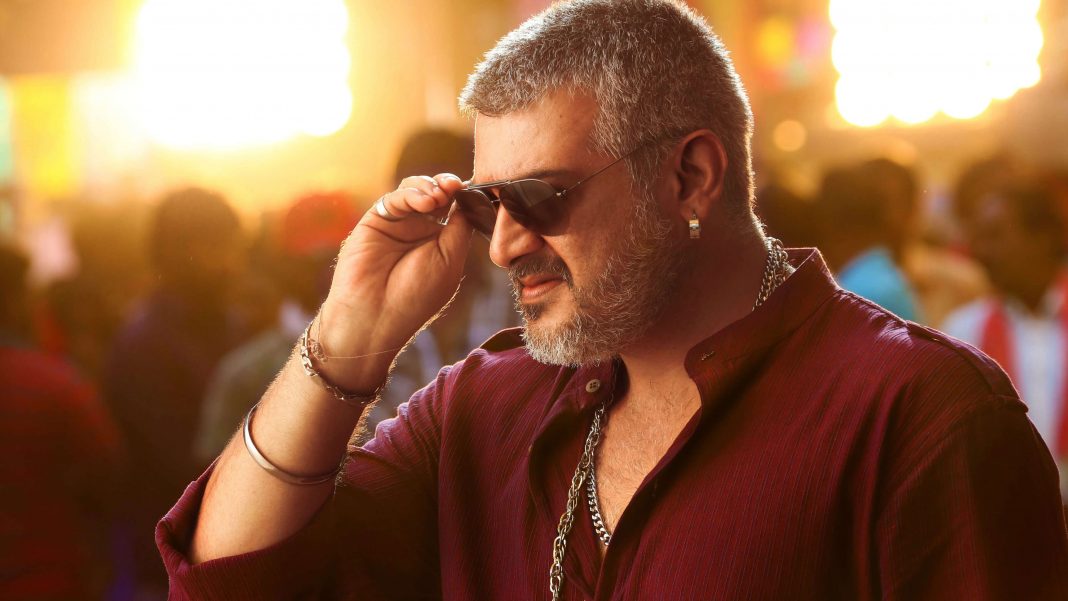 Ajithkumar starrer Vivegam is gearing up for release. The postproduction works for the movie are taking place in full swing and the team has targeted 10th of August as the release date. The movie has got a stellar cast that includes Ajith and Kajal in the lead while Akshara Haasan is said to play a pivotal role. Bollywood star Vivek Oberoi has agreed to play the antagonist in the movie.

Directed by Siva of Siruthai and Veeram fame, the music is being taken care by Anirudh Ravichander. Anirudh released a 30 second making video of ‘Survival’ song from the movie. He teased the fans with the video to announce that the single song ‘Surviva’ will release on 19th of June.

Anirudh had earlier worked with director Siva for his movie Vedhalam which also had Ajithkumar in the lead. Tracks of Vedhalam were all chartbusters and the combo of Anirudh and Ajithkumar has sparked up expectations again for the upcoming album. The teaser had Anirudh roping in famous rap singer Yogi B for crooning the song.

It is also learnt that the audio rights for the movie had been acquired by Sony Music India company. Given that Vivegam is one of the costliest projects in Ajithkumar’s filmography, the competition to acquire the audio rights for the album of the movie were high. Sony Music India who had earlier released albums of Ajith’s movies like Vedhalam, Billa 2, Mangatha and Yennai Arindhal had managed to get the rights of this album too at a fair undisclosed price.