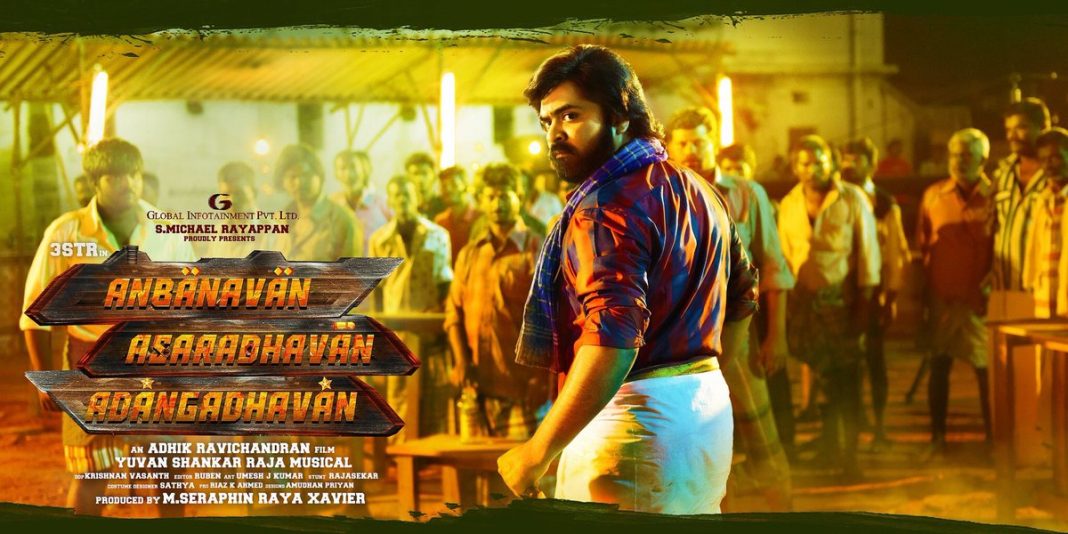 STR who is currently busy with the post production works of his upcoming movie AAA has announced the release date of next single song from his movie. STR who earlier reported to Don 3 roles for this movie has later announced that the movie will be releasing in two parts. The first part of the movie will have only 2 roles while the second part will have remaining roles said the director.

Director Aadhik Ravichandran who earlier directed Trisha Illana Nayanthara is directing the flick that is being funded by Michaell Rayappan. Yuvan Shankar Raja is composing tunes for this film. Yuvan is joining hands with STR after a long time and the fans are quite pumped up about the upcoming album. The duo’s previous albums were all blockbusters and the fans are expecting a similar album from the duo.

The team has already released a couple of songs and teasers from the movie. The promotions were well received by the fans. The actor announced that his intro song from the movie is penned by Vairamuthu which goes by the name Ratham En Ratham. The song is scheduled to release on 17th of June said the actor.
The release of the movie is scheduled for 23rd of June targeting the Eid holidays. The works for the second part of the movie will be starting after the release of the first movie says sources. Simbu who was last seen in Gautham’s Achcham Yenbadhu Madamaiyada is donning a completely different look for the movie.