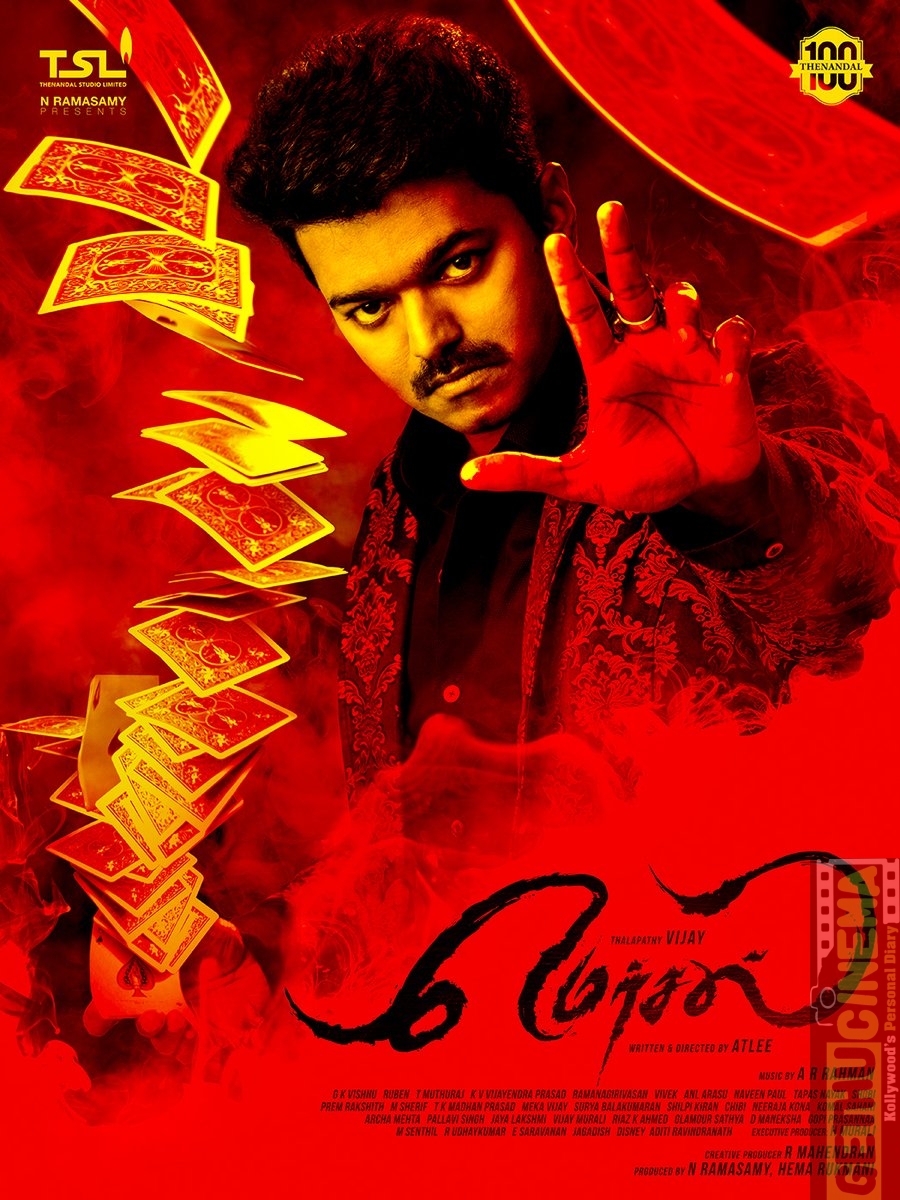 To celebrate the birthday of actor Vijay, the producers of his upcoming film with Atlee decided to release two different posters from the movie. Vijay is one of the very few actors who have got a large number of fan following which reflects in the box office records of his movies. In order to cater to the celebratory mode of the fans, the producers released the two posters from the movie that revealed two different looks of the actor.

Atlee who also directed Vijay is said to direct Vijay in three different roles for the upcoming Mersal. The story and screenplay has been written by none other than Vijayendra Prasad who had earlier scripted all the movies of Rajamouli including Baahubali. While the fans were aware of these updates the actor still surprised his fans with the poster by changing his tag from ‘Ilayathalapathy Vijay’ to ‘Thalapathy Vijay’.

Within few hours after the poster was released in twitter, the tweet from the actor that carried the poster went onto receive more than 30,000 retweets as response. Earlier the torch of holding the highest retweets for the first look tweet was with director Siva for his upcoming ‘Vivegam’ with Ajith Kumar. Now ‘Mersal’ seems to have overtaken ‘Vivegam’ on that grounds.

The fans of Vijay and Ajith were competitive when it comes to showing their fan power in Social Media and the first look of Mersal beating Vivegam seems to be another such incident in the life of twitter. Although both the fans are known for their brawl in the online platform some of the fans of Ajith took to congratulate the actor Vijay on his birthday.