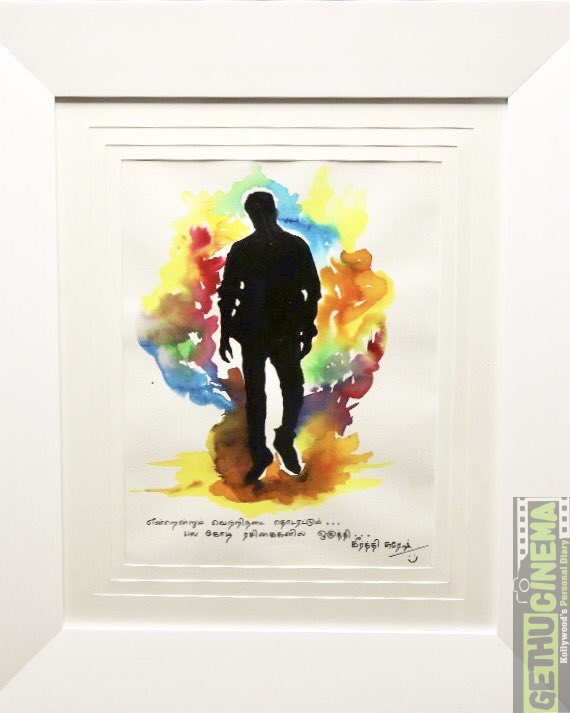 Keerthy Suresh who had romanced Vijay in his last movie Bairavaa has come up with her own style of gift to Thalapathy Vijay on his birthday. Vijay who is turning 43 today has been receiving birthday wishes from every celebrity in and around the industry. Most of the celebrities took to their social media to wish the actor on his Birthday.

Keerthy Suresh drew a silhouette of the actor walking on a canvas and shared the photo of the same on twitter. She pictured the finished drawing that also holds the lines ‘Let the victorious walk go on forever, by one of the crores of fans …Keerthy Suresh’

The actress who debuted with ‘Idhu Enna Maayam’ opposite Vikram Prabhu rose to fame with Sivakarthikeyan’s RajiniMurugan. She then went on to act opposite the top stars of Kollywood including actor Vijay. Keerthy played the medical student in Vijay’s Bairavaa this year which was declared a hit and received good reviews from critics.

Keerthy is also known for her fashion styles, she is said to design her own costumes for most of the movies and for her personal use too. It is learnt that she has always been inclined towards fashion and arts although she took up a career in acting. 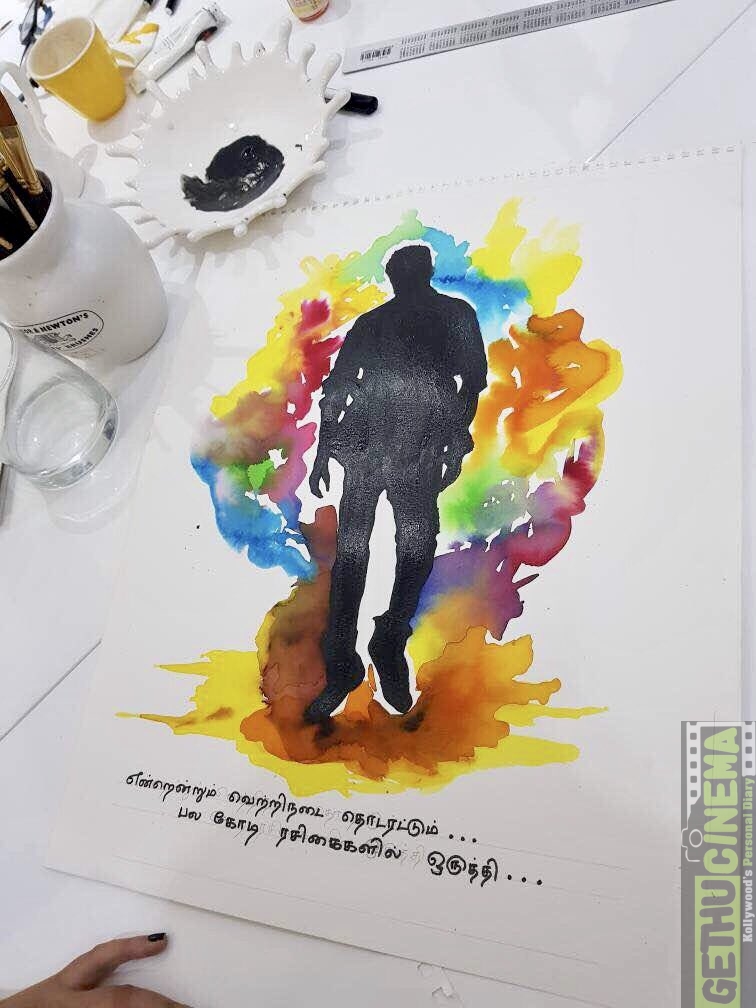