Veteran actor Karthik who was last seen as an antagonist in K.V.Anand’s ‘Anegan’ is said to have signed an important role in Suriya’s upcoming ‘Thaana Serndha Kootam’. Thaana Serndha Kootam which already has an excellent star cast is nearing its final schedule. If the sources close to the crew are to be believed there are just 10 more days of shooting left for the crew and the director Vignesh Shivn wanted to rope in a veteran actor for an important character in the movie.

Karthik’s character is said to play a pivotal role in the story and the director was waiting for the right time to rope in the artists. Vignesh Shivn was critically acclaimed for his selection of cast in the movie ‘Naanum Rowdy Thaan’. Nayanthara and R.J.Balaji who acted in the movie received heavy prices for their performances. Director R.Parthiban and Mansoor Ali Khan played pivotal roles in the movie too.

Apart from Suriya and Keerthy Suresh who play the lead pair in the movie the director has roped in ace comedian ‘Senthil, Suresh Menon and Ramya Krishnan for an important role in the movie. Touted to be an action comedy thriller the fans of the actor Suriya have got high hopes for the movie.

After the 10 days of schedule, the movie will enter its post-production phase and the director has planned to release the first look of the movie on 23rd of July coinciding with Suriya’s birthday. The movie is produced by K.E.Gnanavel Raja under his Studio Green banner and Suriya is co-producing the movie through his 2D Entertainment banner. 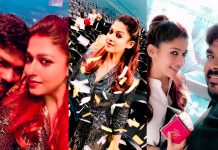 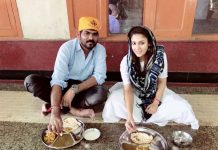