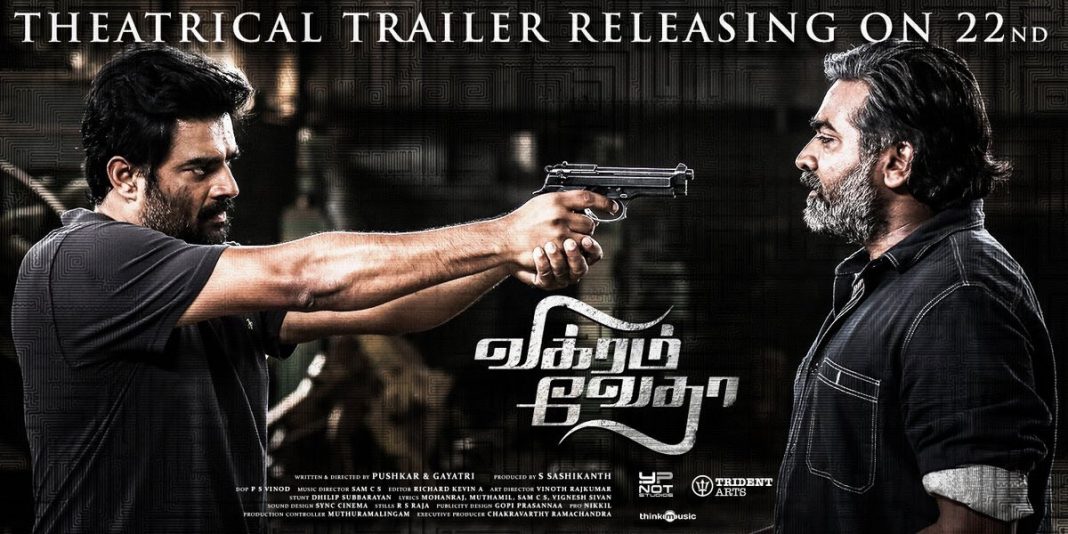 Vijay Sethupathi’s much anticipated gangster – cop drama with Madhavan will have its trailer released tomorrow by Sivakarthikeyan himself. The actor who has just started his production works for his next under Ponram’s direction is reportedly in his first schedule of shooting with Samantha and the team.

Director couple Pushkar and Gayathri who directed Oram Po and Va movies are back with the cop-gangster drama with Vijay Sethupathi and Madhavan. While it is not new for both the actors to star in a multistarrer, this is indeed the first time that both of them are coming together.

The teaser of the movie has released recently and was received well by the audience. The songs were an instant hit too. Vijay Sethupathi is said to play a gangster while Madhavan plays the cop. Along with them Kadhir of Kirumi fame, Shraddha Srinath and Varalakshmi Sarathkumar are also sharing the screen.

The team has now announced that the trailer of the movie will be released by Sivakarthikeyan on his twitter account by 5 PM on 22nd of June. The official twitter handle of the movie confirmed the same. While audio rights of the movie are grabbed by Think Music India, YNOT Studios is producing the movie along with Trident Arts. The movie is still in its post-production stage and the release of the movie has not been confirmed yet.