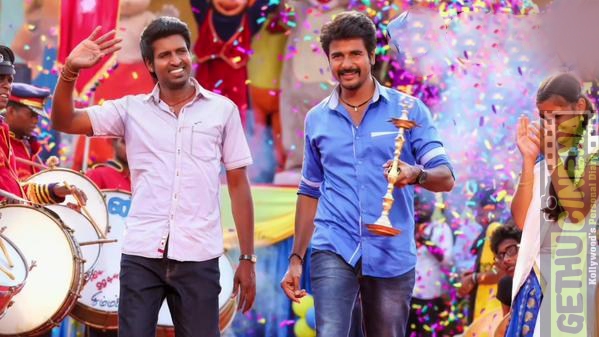 Following the success streak of the director and the actor combo, they both decided to come together for another movie. Both VVS and Rajinimurugan have been declared as blockbusters at the time of their release. The new movie will be produced by 24 AM Studios who have produced Remo and Velaikaaran with Sivakarthikeyan.

D.Imman who has composed music for the duo earlier has been signed to make tunes for this movie too. It is reported that he has already made two songs for the movie and the plans for other songs are already on. Soori who was an inevitable part of other two movies will also be playing an important role said the sources.

Samantha has been signed as the female lead for the movie. Samantha who recently got engaged to Naga Chaitanya revealed her marriage would be in the month of October. With the marriage date just 3 months away she is not shying away from completing her projects that she has signed already. The actor said that she feels no pressure whatsoever.

The makers have revealed that Samantha is learning Silambam for her character in the movie. It is believed that Samantha’s character would be much remembered in her filmography. Ponram who had also scripted the movie has given utmost importance to comedy says sources.