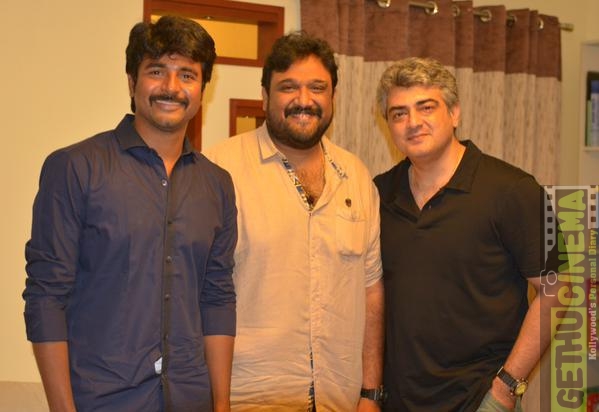 The sources close to the actor says that the Remo actor had already agreed to do a movie with Studio Green Productions, and however the schedule for the production has been getting delayed. Now that the actor is currently in Ponram’s movie, the plans for his next are already on.

The production house which has earlier produced Siruthai with director Siva had signed the director for another movie too. Director Siva who is currently busy with his post-production works for Vivegam has agreed to direct a movie under their banner. After the release of Vivegam which is scheduled for the month of August the director is expected to work on Studio Green’s movie.

Director Siva who debuted with Siruthai in Tamil movie industry later directed Veeram, Vedhalam and Vivegam with Ajith Kumar. While Siruthai is said to be the remake of Rajamouli’s telugu film Vikramarkudu, the other movies were his original scripts. The script for the upcoming movie is yet to be finalized says sources close to the production house.