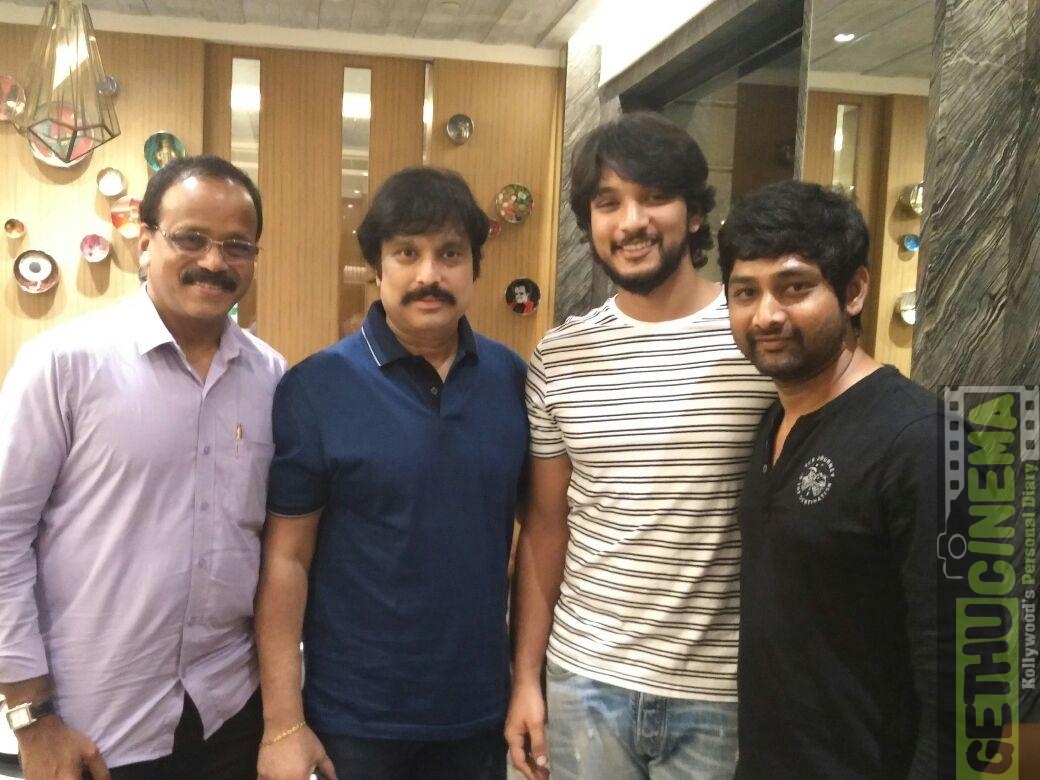 Ace actor Karthik is all set to join hands with his son Gautham Karthik for the first time in a movie. In what seems to be a thriller of sorts, Gautham Karthik announced that his next will be under the director Thiru of ‘Theeratha Vilayatu Pillai’ fame and his father Karthik would be playing his onscreen father in the movie too.

The father son duo had reserved their collaboration for a great script to come their way and they seemed to have found the same with that of director Thiru’s. Regina Cassandra and Varalakshmi Sarathkumar are the two leading actresses who have signed to play important characters in the movie. The rest of the cast and the crew were kept under wraps by the director who confirmed that the team will get on floors from the month of November.

Actor Sivakarthikeyan helped the team of Thiru by announcing the title of their project on his social media platform. The project has been titled as Mr.Chandramouli after the famous dialogue by the actor Karthik in his movie ‘Mouna Ragam’. Karthik played a second hero in the movie Mouna Ragam but his performance was much appreciated.

The dialogue ‘Mr.Chandramouli’ which Karthik uses in the film to tease ‘Revathi’ under the pretext of calling her father became insanely famous. The dialogue and the movie itself is considered a cult classic. With the use of the dialogue as the movie title, we could be quite sure that the project would be a comical outing.