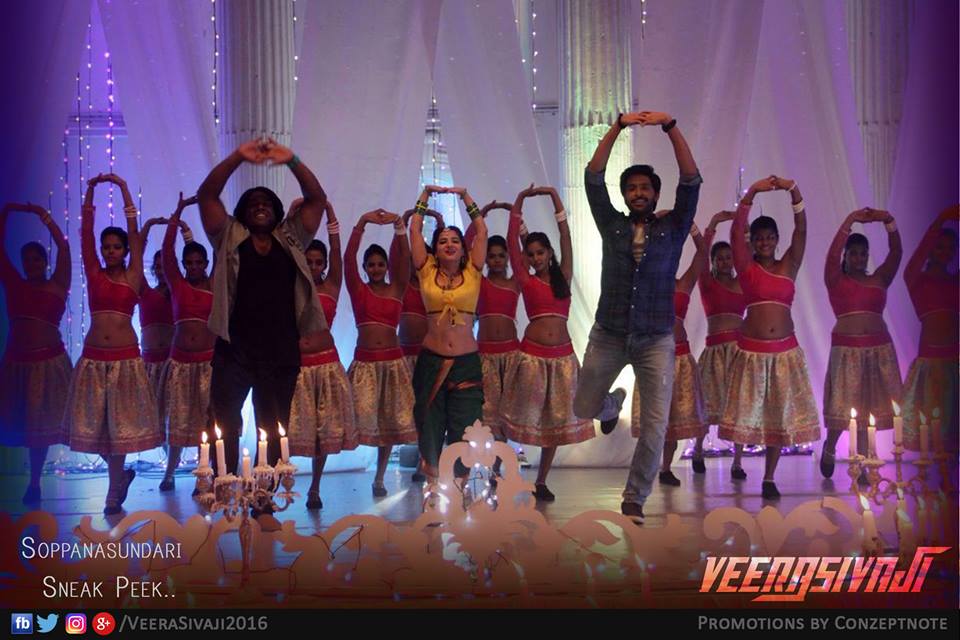 Veera Sivaji next big outing for Vikram Prabhu is getting ready for its release. The Veera Sivaji team has already released a single track from the movie sung by STR. Now the team is planning to release a song teaser from the movie.

The Soppanasundari song teaser is scheduled to be released by today evening 6 pm. The team has also told that the same song will be released as a single track on 27th July. Stay tuned to our page for the official teaser.