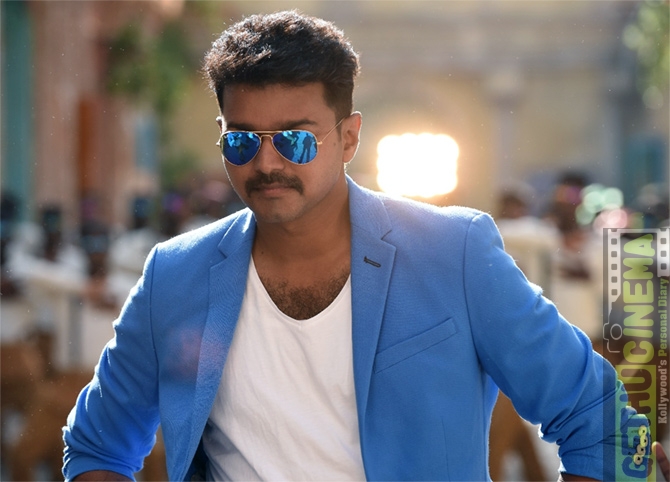 Crew of Bairavaa, Vijay’s next has just released the First look poster of the film, but they are already making the news thanks to the overwhelming response by the fans of the star. The pre-release business of the movie is already pushing the boundaries due to the expectations in the movie that has not managed to decrease at all.

The movie which has been scheduled for Pongal 2017 has already made its business in Kerala, making it the highest ever for a Vijay film. Now its time for the people in the tinsel town to make their bid to get their hands on the movie.

The rights for the movie inside TamilNadu has been bagged by Sri Productions for a whooping 43 Crores. The exact numbers have not yet been released by the makers of the movie.

If sources are to be believed the movie has crossed the mark on  pre-release business set by Theri, which was one of the biggest blockbusters of the year.