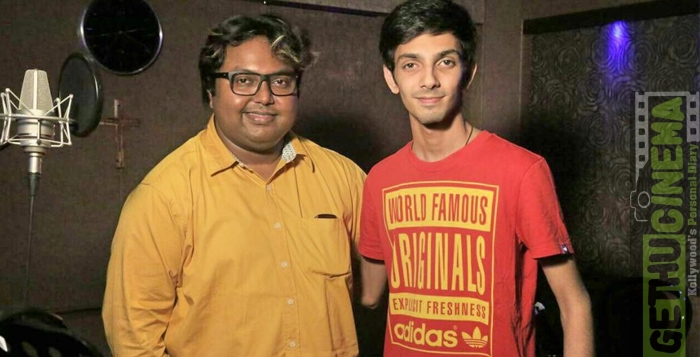 Anirudh the musical genius who has proved his mettle in music direction also has a few hit songs to his profile for which he has lent his voice. Anirudh’s voice is so unique and catchy that all his songs for other music directors for whom he has sung has been a hit.

Imman who is known for his soul touching melodies and foot tapping dance numbers made Anirudh croon for Dandanakka song in Romeo Juliet movie which turned out to be a chartbuster. Romeo Juliet had Jayam Ravi playing the lead role and was directed by Laxman. When the same team has come together again for Bogan, Imman again called for Anirudh to sing a song for him. This time the number is Damaalu Dumeelu.

Thanks to the previous hit Dandanakka, the expectation for the new song has soared higher. It is said that Damaalu Dumeelu would be the introduction song in the movie just like Dandanakka in the previous movie. The makers have decided to release this song as a single before the album’s release.  But we got to wait until 29th November to get our hands on this much expected single.