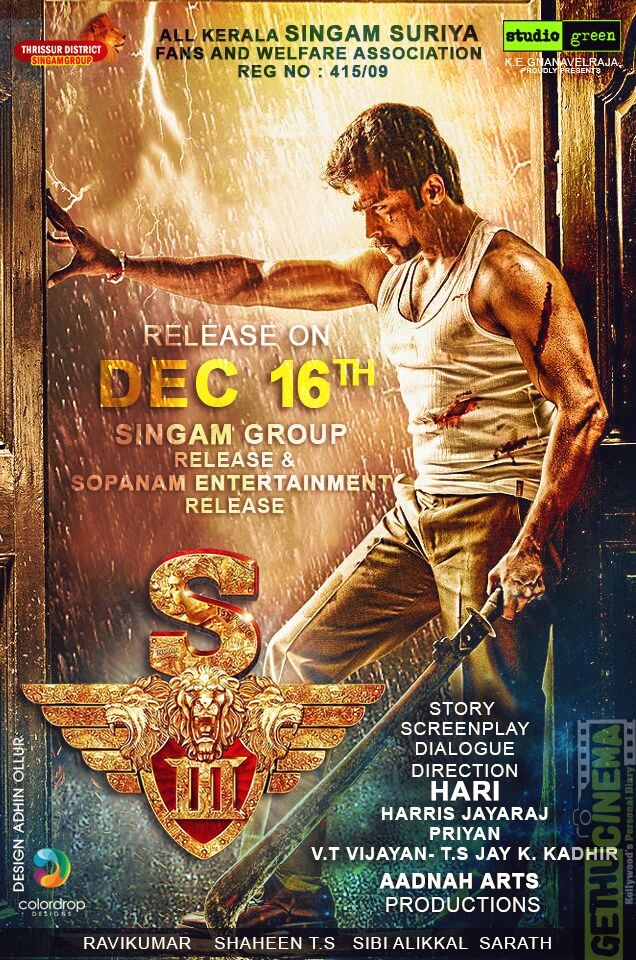 S3 aka Singam 3 is the third installment of the Super hit Singam franchise. The makers of the movie have released the teaser for the movie recently which became an instant hit in internet, thanks to the large fan base of the actor and the franchise. The teaser has so far grossed around 6 Million views on youtube.

The actor Suriya has a large fan base in both Telugu and Malayalam speaking states apart from Tamil Nadu. The movie’s pre production works are going on in full swing. The distribution rights for the movie has been bagged by one of the fan groups of the actor in Kerala. “Thrissur district Singam Group” , Kerala has bagged the rights for distribution. The makers of the movie has announced this on their twitter page. This is the first time in South India for a fan group to acquire distribution rights says the producer.

For the first time in South India a movie distribution rights has been bagged by a fans group..Yes it’s one and only SINGAM GROUP THRISSUR ! pic.twitter.com/Hn8ZZA10OJ