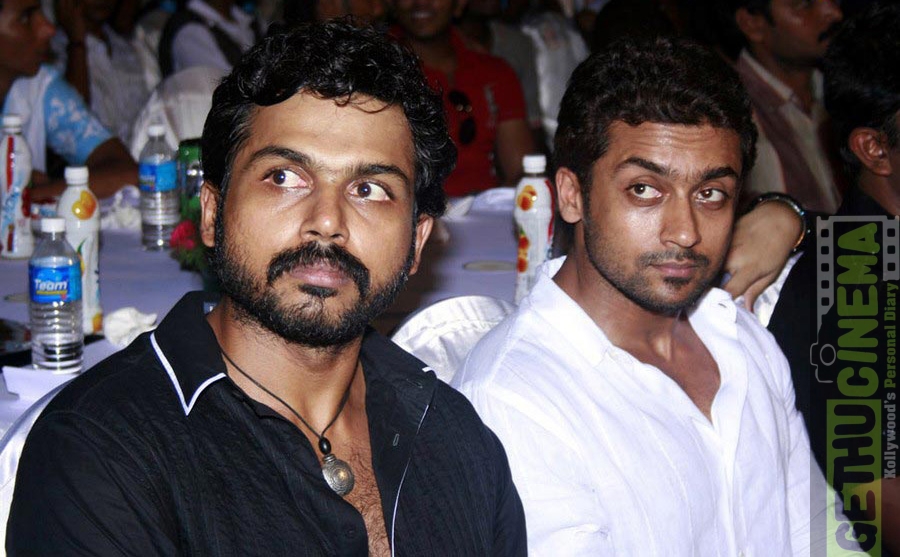 Rajasekar Pandian who represents 2D Entertainment recently announced that director Pandiraj would be directing actor Karthi in his next which would be produced under the 2D banner. 2D banner is owned by actor Suriya who turned a producer with Jyothika’s comeback movie ’36 Vayadhinile’.

Director Pandiraj whose last outing was ‘Idhu Namma Aalu’ which had Suriya, Nayanthara and Andrea in the lead was waiting for his next directorial. He recently produced the movie Sema which has G.V.Prakash in the lead and even penned the dialogues for the movie. The National award winning director was reportedly in story discussion for so long for his next and it has now been made official that his next would be with Karthi.

Pandiraj debuted into direction with his movie ‘Pasanga’ and later went onto direct movies like Marina, Kathakali, Vamsam, Pasanga-2 and Kedi Billa Killadi Ranga. Pandiraj owns a production company under the name Pasanga Productions. Suriya co-produced Pasanga-2 along with the director.

Karthi whose last outing was ‘Kaatru Veliyidai’ is currently shooting for his action thriller ‘Dheeran Adhigaaram Ondru’ in which he plays a cop. This would be Karthi’s second movie as the cop, the first one being Siruthai where he enacted a dual role which was also an official remake of Rajamouli’s telugu hit ‘Vikramarkudu’.

Suriya who is currently shooting for Thaana Serndha Kootam with Keerthy Suresh under Vignesh Shivan’s direction is also awaiting the release of ‘Magalir Mattum’ his another production venture with his wife Jyothika. Magalir Mattum had completed its production works and is currently in its post-production stage gearing up for release.