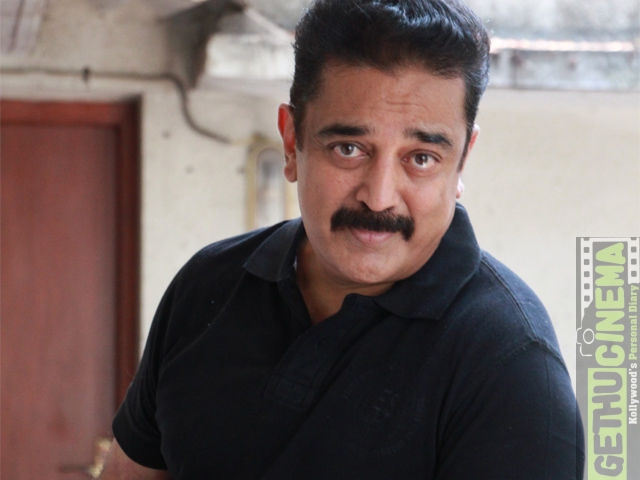 Kamal Haasan in a recent interview commented on the recent periodical hit film Baahubali 2 that took Indian Cine Industry by storm. While talking about the movie he stated that while it is a good news that Baahubali has done great business, he asked people to hold their horses before making comments like Baahubali is going to overtake Hollywood.

He explained in his statement that Baahubali might be a periodic film but most of the movie relied on Computer Graphics to get the desired output. So it is difficult to make such accusations said the Vishwaroopam actor.

Kamal Haasan who was last seen in Thoongavanam is currently shooting for his Vishwaroopam 2 which is a sequel to the 2013 spy thriller Vishwaroopam. He wrote, directed and produced the spy thriller. Vishwaroopam 2 was scheduled for a 2015 release, however the movie ran into some financial problem when the rights of the movie got transferred to Ravichandran from Aascar films.

Kamal Haasan’s own home productions Raaj Kamal films bought back the rights of Vishwaroopam 2 recently and the movie is back on track now. With around 10 days of the shoot pending and a little bit of post-production work, the actor recently released the first look poster of the movie.

Apart from Vishwaroopam 2, the actor also has Sabaash Naidu, a multistarrer trilingual comedy that is halfway in its production. The production of the movie got stalled after the actor met with a minor accident at his house.

The actor will also be seen hosting the Tamil version of Big Boss in a leading television channel. The actor confirmed the news and added that he is excited about the journey.