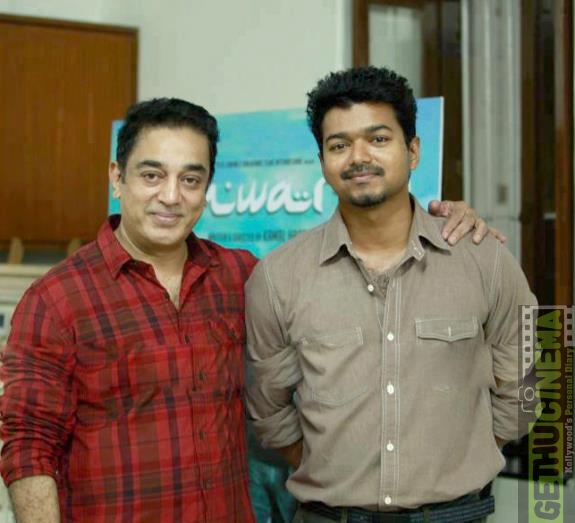 Would love to see Vijay in movies like Mullum Malarum said Kamal Haasan in an interview to one of the leading TV Channels in the state. Ace actor Kamal Haasan has recently announced that he will be starting a political party to contest for the post of Chief Minister in the coming elections.

As a part of promoting his political ideologies, he has been attending many interviews that came his way at most of the TV Channels across the nation. During one such interview, he was asked a question about actor Thalapathy Vijay who was interested in joining politics too. Kamal Haasan was asked a question if he would accept Vijay if he wishes to join his political party. Replying to the question the actor said if the ideologies of Vijay matches with his and if he is ready to work with him then he is open to work alongside Vijay. But if the ideologies don’t match then there is no point in working together said the 65 year old actor.

The actor was also asked if he had watched any of Vijay’s movie. To which he replied that he had watched and many of his movies. Kamal also added that he would love to see the actor in a different avatar in movies like Mullum Malarum. He said Mullum Malarum was one of his favourites of Rajini movies. He praised Vijay that he believes Vijay is capable of acting in such movies. Citing examples from his own filmography, he added that he did Moondram Pirai the same year he did Sakalakalaa Vallavan.

Vijay had earlier declared his allegiance with one of the leading political parties in the state but later retracted from the same. As of now, the actor hasn’t divulged anything regarding his political intentions.